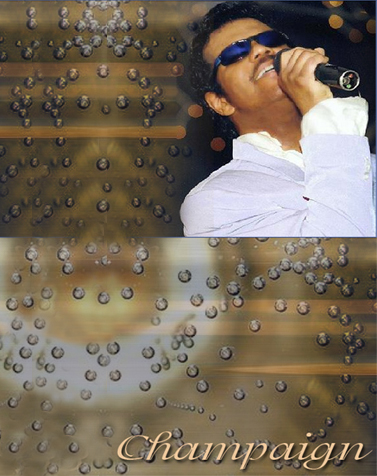 The septet, who named themselves after their hometown of Champaign, Illinois, included Pauli Carman and Rena Jones (later Day) on vocals; Michael Day and Dana Walden on keyboards; Leon Reeder on guitar; Michael Reed on bass; and Rocky Maffit on percussion/drums. The title track from their 1981 debut album, “How ‘Bout Us,” was a hit single, reaching #5 in the UK Singles Chart,[1] #4 on the US Billboard R&B chart, and #12 on the Hot 100. Reed had left the group by the release of their second album, Modern Heart, which appeared in 1983 and contained the #2 R&B hit “Try Again” (#23 on the Hot 100). Another follow-up, 1984’s Woman in Flames, included the Top 10 R&B song “Off and On Love”. Other songs include “Party People” and “Walkin'”.

Carman released his first solo album, Dial My Number in 1986, scoring an R&B hit with the title track. His second album, It’s Time was released the following year.

In 1990, Champaign (including Carman) reconvened to record, and the Champaign IV album was released the following year. In addition to Carman, the album featured contributions/production from Rena and Michael Day, Dana Walden, and Rocky Maffit.[2] Although the album was not widely successful, it did herald a brief return to the US R&B chart with the single, “Trials of the Heart